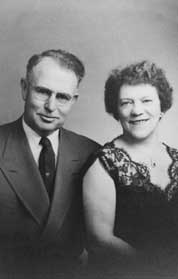 GEICO is built on ingenuity, perseverance, innovation, resilience and hard, honest work. From its humble beginnings in the midst of the Great Depression to its current place as one of the most successful companies in the nation, GEICO represents a quintessential American success story. Take a moment to review GEICO's milestones, or read the whole story and learn about the people and events behind GEICO.

1936 – GEICO is established by Leo and Lillian Goodwin.

1948 – Investment banker Lorimer Davidson joins the company and expands its pool of investors.

1958 – Leo Goodwin retires and is succeeded by Lorimer Davidson.

2004 – The GEICO Caveman enters the scene with the "So easy a Caveman can do it" ad campaign.

2009 – GEICO passes the 9 million PIF mark and opens for business in Massachusetts making GEICO coverage and services available in all 50 states and the District of Columbia.

2010 – GEICO passes the 10 million PIF mark. GEICO is the first insurance company to offer the ability to purchase a policy in a mobile-friendly format via iPhone and Android mobile devices.

For you history buffs who love all the details, here's the full story of GEICO. From the dreams of one couple rose the company you know today.

We're here for you 24 hours a day, 7 days a week. The quickest way to contact us is through our app or online. You can also chat for immediate help.

GEICO at a Glance